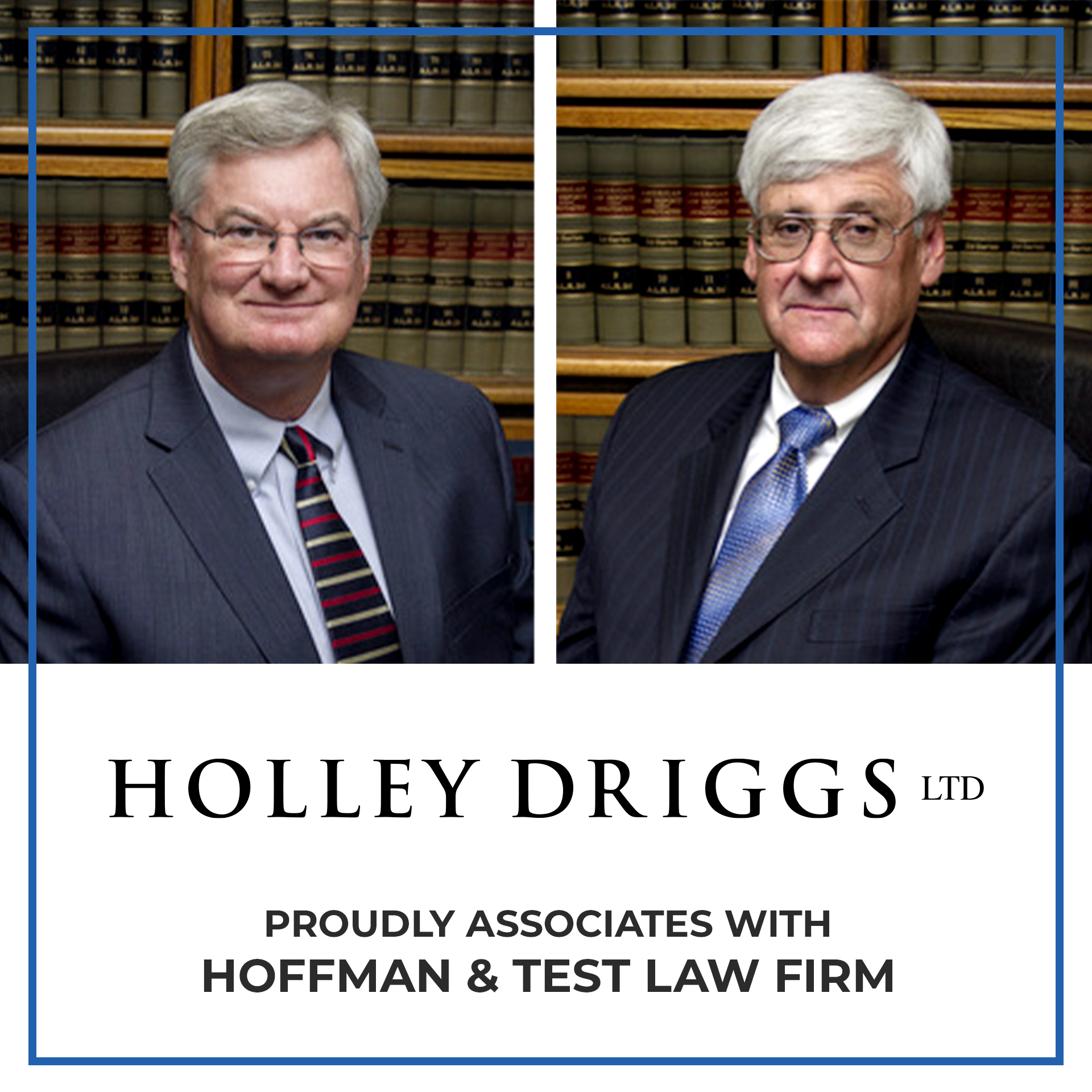 The association provides a pathway for the retirement of founding partners, John “Jack” Hoffman and Louis “Louie” Test, who have each practiced law for nearly 50 years. Jack and Louie will continue serving open matters and will incorporate Holley Driggs into cases as appropriate.

Hoffman and Test, founded in 1916, was one of the oldest law firms still in operation in Nevada prior to the association. Representing clients throughout Northwestern Nevada, including Washoe County, Reno, Sparks, Carson City and adjacent rural areas, Hoffman & Test has been an ally to the business community for generations of leadership at the helm.

With the association, Holley Driggs has acquired Hoffman & Test’s law library which includes legal books and documents dating back to 1865. Some of these legal relics will be donated to the Nevada Bar Association for the preservation of Nevada legal history.

Jim Puzey, Shareholder at Holley Driggs, said, “We are so pleased about this association in our Reno office. I’ve worked alongside John and Louie for decades and it’s a great honor to join forces with such a reputable and historic firm. The union with Holley Driggs was a natural fit, expanding our presence in Northern Nevada and adding to many of our longstanding business relationships in the area.”

Audrey Damonte, Shareholder and third-generation native Nevadan, adds, “Hoffman & Test add to our generational footprint of businesses in Nevada. We value the businesses that have built our communities and will continue to support their evolution as well as welcome other businesses into the community we call home.”

John W. Hoffman
Jack Hoffman was admitted in 1975 to the State Bar of Nevada. From law clerk to associate to partner, Jack has served his entire career at Hoffman & Test, previously Reed & Bowen among others. An AV Preeminent attorney, Jack advises clients in estate planning, business law and water law. Notably, Jack represented the State of Nevada as outside water rights counsel from 1979-2017. In that capacity, Jack protected the decreed water rights to the Truckee River in the Nevada v. United States, 463 U.S. 110 (1983), brought the Carson River Water Decree to a successful conclusion, successfully negotiated the Truckee River Operating Agreement which finally allocated the Truckee River water supply between Nevada and California, and which provided operational benefits for Northern Nevada water users through wet and drought years. In the mining arena, Jack and his late partner Harold Swafford made a constitutional challenge to the Federal Land Policy Management Act in United States v. Locke, 471 U.S. 84 (1985). After remand, the United States settled the case by patenting the contested mine to the firm’s client. Jack is a proud member of the Rotary Club of Reno, a past trustee and President for the Washoe Youth Foundation, and a past trustee for St. John’s Children Center and Reno Rotary Foundation.

Louis S. Test
Louie S. Test was admitted in 1974 to the State Bar of Nevada and in 1975 to the California State Bar. After his Reno City Attorney (1979-1983) term ended, Louis entered practice with Jack Hoffman under a new era of the firm as Bowen, Swafford, Hoffman & Test in 1984. Louis counsels clients on a wide range of business legal matters and specializes in land use, special use permits and land zoning. Born and raised in Nevada, Louis is heavily connected in the community serving as the President of Washoe County 4-H Livestock Leader, Co-Chair of the Advisory Board to College of Agriculture, Biotechnology and Resources and Regional Emergency Medical Services Authority (REMSA) Board Member. He is a past Chairman for Northern California Shriners Hospital for Children, past President of Nevada Agricultural Foundation, past Secretary/Treasurer of Nevada State Board of Homeopathic Physicians, and past President of the University of Nevada Alumni Council. Louis also is a 33rd degree Mason, an honor bestowed only on those who have demonstrated outstanding service to the Brotherhood and professional and personal accomplishments.

Holley Driggs, Ltd. is proud to be a Nevada-based law firm focused on making positive contributions to its local and regional communities through the dedicated leadership of its team of more than thirty experienced attorneys. With offices in Las Vegas and Reno, the general practice law firm represents national and international clients on a wide spectrum of business and corporate practice areas including commercial litigation, real estate, natural resources, eminent domain, employment law, bankruptcy, construction, gaming, and technology and intellectual property. The Firm’s shareholders also have broad experience in administrative law, estate planning, probate, and tax law. For more information, please visit www.nevadafirm.com or call (702) 791-0308 for the southern Nevada location or (775) 851-8700 for the northern Nevada location. To learn more about Holley Driggs, Ltd. and its practice areas, visit www.nevadafirm.com.