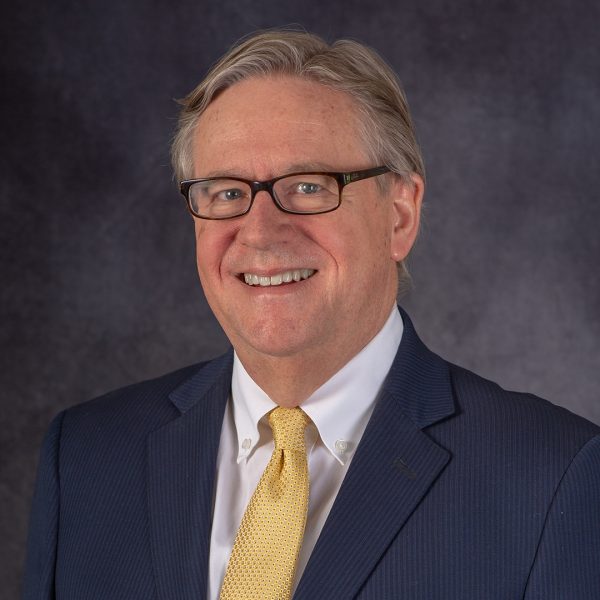 Doug Driggs is a leading expert in real estate and corporate law, assisting local, regional and national clients with their transactional and business needs.  His practice includes real estate acquisition, disposition, financing, development and leasing of master planned communities and office, industrial, multifamily and retail properties as well as entity formation and structuring. Doug has extensive experience in representing sellers, buyers, lenders and borrowers in complex real estate projects in Nevada and regionally.  Doug has also been involved in structuring development and joint venture projects and assisting clients with their organizational strategies.

Many clients look to Doug as their primary legal counsel, with Doug assisting those clients with a wide range of business issues, often teaming with other attorneys at the firm to provide specialized legal services.

Doug has represented many of Nevada’s premier developers of residential and commercial properties, including high-rise condominiums on the Las Vegas Strip, Lake Las Vegas (a major resort-style master-planned residential, hotel, shopping and golf community), large multi-family projects, and first-class office developments.  Doug also has extensive retail experience, assisting his clients with both acquisition and disposition of retail centers and leasing.

Doug also works with national and local banks and other lenders and has participated in the financing of many of Nevada’s major projects.  Doug also assists clients with structuring and restructuring their business entities, including work-outs of distressed projects.

Doug received his undergraduate degree from Brigham Young University in Economics (1982) and his law degree from the University of Arizona College of Law (1985) where he graduated with honors.  Doug is licensed to practice in Nevada and Arizona.

Mr. Driggs has been rated by Super Lawyers as one of the top lawyers in the Mountain States (Nevada, Idaho, Montana, Utah and Wyoming) for 2009-2019 and Best Lawyers in 2021 in the area of Real Estate. Additionally, he is peer-review rated “AV®Preeminent™” by Martindale-Hubbell, 2020.

J. Douglas Driggs, Jr. practices in the areas of real estate, finance, and corporate law. His practice focuses primarily on the purchase, sale, leasing, and development of real property; acquisition, construction, and permanent financing (representing both lenders and borrowers); corporate mergers and acquisitions; entity structuring; and general corporate issues. Mr. Driggs represents several of southern Nevada’s largest and most respected commercial and residential developers and has participated in many of the more significant recent developments, including major shopping centers, hotels, office buildings, and apartment complexes. Mr. Driggs represents not only local businesses and developers, but also acts as local counsel for many regional and national companies with their Nevada projects.

Upon graduation from law school, Mr. Driggs joined the corporate and securities group at Streich Lang, in Phoenix, Arizona, where he practiced in the areas of corporate securities and mergers and acquisition and served as lead attorney for many of the firm’s public and private offerings, public reporting clients, and corporate transactions.

In 1990, Mr. Driggs relocated to Las Vegas to pursue opportunities in the rapidly expanding Nevada marketplace. His practice expanded to include real estate and finance, which eventually became a primary part of his practice.

In 1995, Mr. Driggs became a founding member of James, Driggs & Walch, which has now become Holley, Driggs, Walch, Puzey & Thompson. Together with his partners, Mr. Driggs has expanded the firm from four attorneys to one of the largest and most recognized law firms in Nevada.

Mr. Driggs attended Brigham Young University, where he graduated with a Bachelor of Science degree in economics in 1981. He obtained his law degree from the University of Arizona in 1985, graduating with distinction.

Mr. Driggs is admitted to practice in Arizona (1985) and Nevada (1990). He is licensed to practice before all of the state courts of the State of Nevada.

Mr. Driggs has been rated by Super Lawyers as one of the top lawyers in the Mountain States (Nevada, Idaho, Montana, Utah and Wyoming) for 2009-2019 and Best Lawyers in 2021 in the area of Real Estate. Additionally, he is peer-review rated “AV®Preeminent™” by Martindale-Hubbell, 2020.